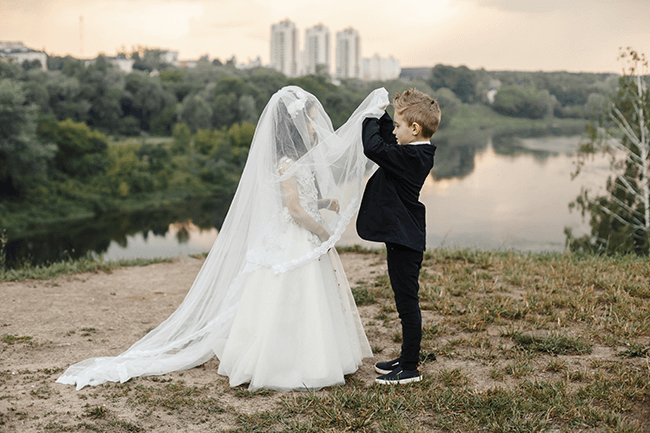 Have you ever been given the advice that you should wait to marry until after 25, or maybe even as late as 30? Would you give that same advice to someone else?

Chances are, most of us have heard at some point in our lives that getting married too young is a recipe for disaster. And when it comes to basic divorce statistics, such wisdom seems to be supported. But what is too young? Is there really something magical about 25 years old?

According to Norval Glenn at the University of Texas at Austin, 25 years does make a significant difference in the success of marriage, but it may not be in the direction you think.

In his study, Glenn argues that one of the main reasons we are seeing a large incline in the average at at first marriage, approaching 30 for men and 28 for women, is consistent findings in research that the risk of divorce continues to drop with age. Teen weddings are clearly not supported. And since 30 year olds show a lower risk of divorce than those younger than 25, wouldn’t we agree that we should be waiting to marry until at least 25?

But we are missing something. Glenn notes that so much of the research defines marital success as simply the lack of divorce. But how many of us want to define marriage that way? I don’t know about you, but I would rather be happy as well. And according to Glenn, the best age for happy marriages is actually between 22 and 25 years of age.

Why the Early Twenties Works so Well

We don’t really know why those who marry in their twenties are actually both more stable than teens and happier than the thirties, but research does provide some theories to explain some potential problems with getting married too soon or waiting too long. Not every young or old marriage will experience all of these patterns, but do any of them apply to you?

The idea behind the theory of Coordinated Development is that couples who marry younger develop together and learn through many of the same experiences. For example, if a couple is married during college, then both may learn something about a particular topic when one spouse shares something they talked about in class with the other.

Those who support this theory suggest that marriage and relationships are sometimes easier to learn while young. Otherwise, if we wait too long then we may become too set in our ways and find it difficult to adjust our life to fit a spouse or marriage entirely. This could certainly get in the way of being happy with marriage.

This theory suggests that the longer we wait to marry, the more short-term relationships we will have. At the core of this theory is the idea that someone is making the choice not to marry until later in life, so when they do find themselves in a serious relationship before they feel ready to marry they are less likely to really commit.

Those who support this theory suggest that the pattern of low-commitment relationships becomes normal for that individual, so when that person is ready to marry they may have trouble actually forming strong commitments. And we know that the strength of our commitment to marriage is one of the key ingredients to a happy marriage.

The Length of Search theory represents the idea that if we do not search for a potential spouse long enough we may end up settling for a poor option, but if we search too long then many of our good options will no longer be available. This theory actually helps explain both the costs to getting married too young as well as too old.

Those who support this theory first suggest that young couples are often lacking in dating experience and not really knowing how their spouse compares to other potential partners. So waiting long enough to have dated multiple people and really get a sense for what you want in a partner will contribute to both greater stability in marriage as well as being more satisfied with your choice of partner.

However, if we wait too long then we may also miss out on an opportunity to marry someone who would make us incredibly happy because by the time we are ready to marry, they have already married someone else. We may also become too caught up in other roles, like focusing a lot of time and energy on a big promotion at work.

Similar to the Length of Search theory is this theory which looks at marriage like a market. Have you ever gone to the grocery store and found that all of the best stuff is gone leaving behind only the broken eggs, overripe fruit, and squished bread? If you had gone a few hours earlier though, you would have been able to get the best of everything.

Those who support the Marriage Market theory take a similar approach. If we wait too long to marry, then all of the best spouses are already taken and we may end up settling for second best. This sense of “settling” can contribute to greater difficulty accepting our partner’s faults or truly being happy with who we have. In a sense, we might feel like we didn’t really get to choose our spouse, and this can make us unhappy in our marriage.

So if you want some advice on when you should get married, take some time to think about what you might be giving up by marrying young or waiting too long. Just like an unripe fruit will taste bitter or be too hard, yet an overripe fruit goes bad and loses much of its great flavor, it appears that when we choose to marry has a “ripe” time too when we are well prepared (at least as much as can be) but also still have all the great opportunities for flavor.

When you are presented with the opportunity to marry, don’t give it up just because you aren’t “old” enough. While we do not completely control when we marry (we have to have someone we like enough first), make sure you aren’t giving up a partner that will not only stay with you to the end, but will also make you happy.

If you want to see how “ripe” you are for marriage, try taking our READY assessment.

1 thought on “The Ripe Age for Marriage”