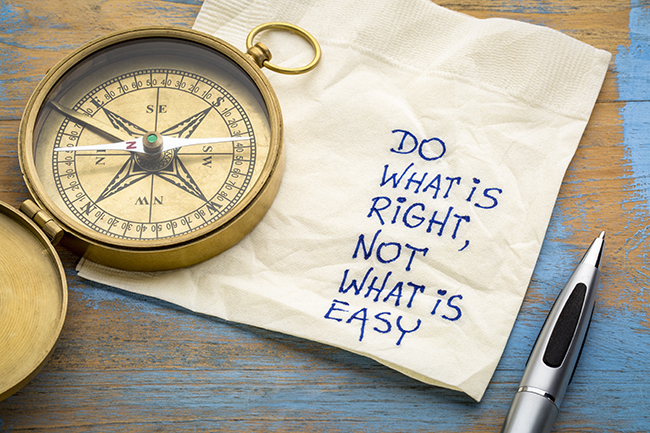 The majority of us could probably name at least one or two things that you would immediately recognize as hurting a relationship.  And many of us would probably name most of the same things: once you are married, you aren’t supposed to have sex with anyone but your spouse, don’t abuse your partner, and don’t start dating someone else until you have actually ended another relationship.

But have you ever done something that you didn’t think would be a problem, or maybe even thought it would help the relationship, and your partner reacted like you had done one of the worst things possible?

When it comes to how we behave in a relationship, we may find that there are no clear social rules about what is or is not acceptable.  In one relationship, giving someone of the opposite sex a ride to school or work would be just fine, but in another your partner may turn into a jealous monster who wrecks your car and threatens the other person.  This lack of rules can often make relationships confusing and unpredictable.

According to a recent study by Dylan Selterman at the University of Maryland, however, there are some basic things we can learn about our partner that will help us avoid doing the wrong thing.  It all has to do with what they consider the most important to making moral decisions.

Whenever we have to decide if a behavior is right or wrong, we tend to address certain questions in making our decision.  Each question comes from one of five concerns.

Each of us often bases our decisions on a combination of how we answer each of these concerns.  However, some of us believe some concerns to be more important than others.  In relationships, the concerns that are most important to our partner can help us predict how they might react to our behavior.

For example, if my partner is high in concern for fairness and care, but low in loyalty, they would likely see giving someone else a ride as an acceptable behavior.  You are providing a service to someone who needs it.  However, someone high in loyalty would likely get upset over the ride because they might see it as a threat to the rules of fidelity in the relationship.

If you are unsure how your partner might react to a particular behavior, ask yourself the following questions:

While asking those questions will help you decide on how to best behave in a single situation, recognize that a pattern of violation in any of the concerns may become a serious issue in relationships.  If you start talking to an ex-partner every day, your current partner may question your loyalty, feel a sense of violation in purity, and may even start to see the time you are spending with the ex as unfair, even if such concerns were not initially high on their list.

And if you aren’t sure how your partner might react, it is always safer to treat each moral concern as important.  Then take it as a sign that you need to get to know your partner a little better.

Try taking our RELATE assessment to find out more about how well you take your partner’s perspective.

1 thought on “5 Foundations of Morality”