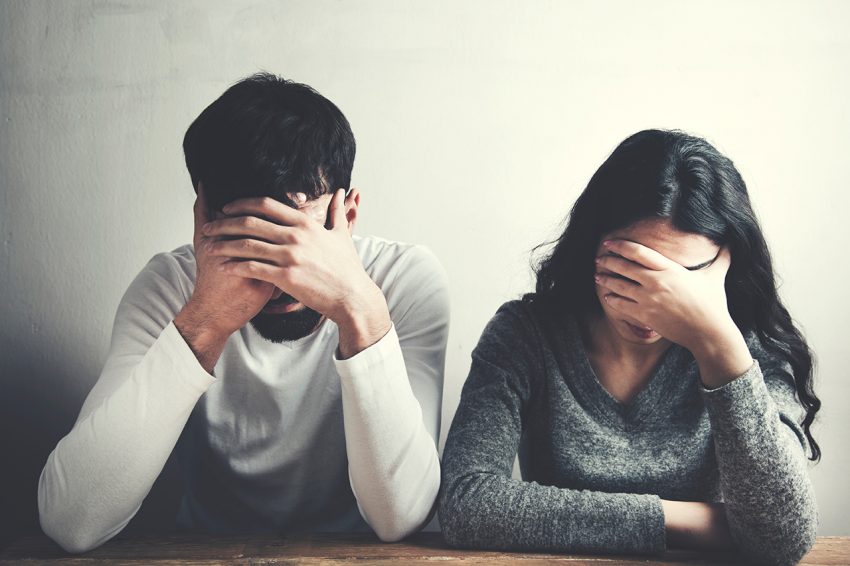 Researchers and therapists have found that when there is a “problem” in a couple relationship, the “problem” can actually not be the problem itself—the problem can be a symptom of the actual problem.[1] For example, if you find yourself losing your temper particularly easily with your partner, losing your temper might not be the problem—there are outside factors influencing your behavior. Let’s consider the role and cause of anger.

Scholars suggest that anger is an emotion that is universal across cultures and societies; however, just because anger is a widespread emotion across the world does not mean that acting on anger is healthy.2 In fact, researchers have identified three common beliefs about anger, which can lead one to act on anger and be particularly harmful.[2]

The first common myth about anger is that “anger is caused by others.”[3] While other’s behavior may make choosing to be angry easier, anger is a choice—anger is not caused by others. Second, many may also succumb to the idea that “the best way to deal with anger is to let it all out.”3 “Letting out” anger might feel good at first, but choosing to act on anger (i.e., a symptom of the problem) does not solve underlying issues (i.e., the actual problem).2

Third, a lot of people believe that “you’re a wimp if you don’t get angry.”3 Conversely, those that can control their anger might be some of the strongest people we know. Even after discussing these ideas about anger, anger still might only be a symptom—not the actual problem. Next, let’s consider aggression.

Because feeling angry is so common, researchers have sought to understand what other problems acting on anger might elicit—such as aggression. Research indicates that when someone is feeling especially angry, a partner might be more likely to be aggressive toward his or her partner—act on anger.[4] For example, when someone chooses to act on anger, he or she might be more likely to hit his or her partner, name call, make remarks attacking character flaws or weaknesses, etc., which, if he or she was not angry, he or she might abhor doing any of these things.

All in all, anger and aggression—acting on anger—can lead to negative relationship outcomes—even divorce.[5] Nonetheless, each of these ideas—anger and aggression—are still likely both symptoms of actual problems. While the problem with losing your temper—also acting on anger—may be impacted by personality and cognitive features,[6] there may be an array of other possible problems that may make it easier to act on anger—being aggressive or losing your temper.

In order to figure out the problem with your temper, one technique to use is mindfulness. Specifically, trait mindfulness, which is “acting with awareness, nonjudging, and nonreactivity,” has not only shown links to decreased anger but can also help get to the root of your problem.[7]

As another scholar put it, trait mindfulness is, essentially, “one’s general tendency to pay attention to the present moment nonjudgmentally in daily life.”[8] While seeking to view events in your life through a nonjudgmental lens may be difficult, once mastered, problems might even be as clear as the symptoms. In other words, seeking to view events through a more objective view can help us see things as they really are.

Mindfulness is seeking to view our lives through a 3rd person view in our minds. If someone cuts us off in traffic, a mindful individual might say to themselves in his or her mind something like, “That person just wronged me, but they might not have meant to. I can give them the benefit of the doubt and move on.” Mindfulness seeks to slow down the way we think to reach satisfying solutions to problems; once we are mindful about a situation, then we can start to consider solutions to problems.

For example, if your partner forgets to do his or her dishes, even after you’ve reminded them several times in the past that you appreciate when he or she does his or her dishes, a mindful individual might think something like, “I am feeling upset about this. Why am I feeling upset?” Asking the question why we are feeling a certain way takes a step toward figuring out the problem. In this example, perhaps the partner that found the dishes didn’t feel his or her opinion was valued due to the other partner not listening to his or her plea.

Without mindfulness, the partner who found the dishes might act on anger and ask the other partner something like, “Do you ever listen to me?” When really, the lashing out toward their partner is simply a symptom of the real problem of not feeling valued. While this example might be clear in indicating how to find a solution to a problem, this process can be far easier said than done.

Starting to ask “why?” when we are feeling a certain way may only scratch the surface to the problem. However, once we start the process of asking why, along with professional help if needed, and ponder potential answers to the question, we may begin to understand why we lose our temper with our partner. With this increased understanding, we can be put in a position to potentially find lasting solutions to overcoming the actual problem and not just the symptoms of the problem.