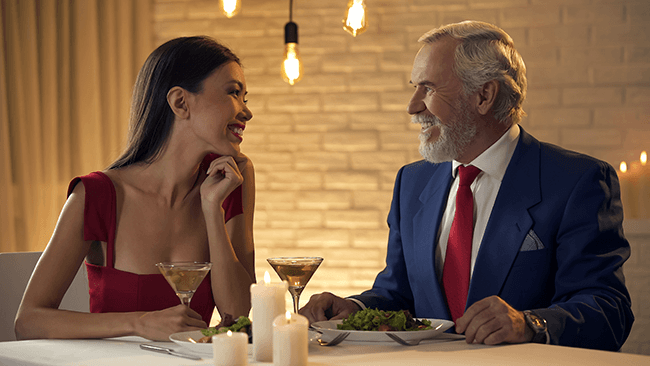 Have you ever been told about the formula for calculating how young of a woman a man can date and marry?  It is simple.  For the man: divide your current age by two and add 7.  If I were 30 years old then this calculation might look something like this: 30/2 = 15 +7 = 22.  That means I should not date or marry any woman younger than 22 years old. But is there anything scientific about this formula?  Does it really matter how old our partner is?

In some ways perhaps it does, although it might have more to do with preferences and less to do with happy relationships.  According to Jane Conway and a team of scholars in The Netherlands, the age of the person we date or marry may have a long history from the days of evolution.  In a recent study, they found evidence for one theory about why we prefer certain ages in our romantic partners.

Men generally prefer women younger than themselves.  Based on Evolutionary Theory, this may be because younger women are more fertile and can have more children.

Women generally prefer men slightly older than themselves.  Based on Evolutionary Theory, this may be because older men represent higher social status and more security.

But how many of us, if we look at those reasons, feel like women are only meant to have babies and are dependent on men?  Are there more practical reasons for seeking partners similar in age to us?

Other research highlights some important ways in which age matters when it comes to dating and choosing a romantic partner.  And it doesn’t really have much to do with our ability to have children.

So, does age matter when it comes to choosing a partner?  Finding a partner you share similarities with is certainly important, and someone close in age is going to make that more likely, making it easier to connect at a deeper level.  Whether or not you think having children matters…well, that’s up to you.

If you want to find out how similar you and your partner are on important issues, try taking our RELATE Assessment.

1 thought on “Is Your Partner the Right Age For You?”