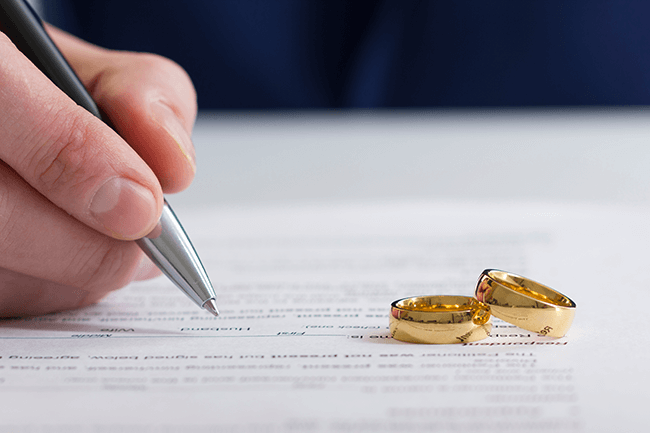 We all know the term “wedlock” refers to the binding legal, and often religious, commitment between two people until death do them part. The opposite of this is probably a brief friendship, or perhaps just strangers who have never interacted. Maybe one step down from wedlock is an engagement to be married in the future.

But where does a “wedlease” fit into the scale? A wedlease is a short term marriage that individuals enter into until a predetermined and agreed upon time (say one year, five years, or ten years). If the couple reaches the termination date and still want to remain a couple, they simply renew their contract. Sounds like true love, right?

The new term has been cropping up around the globe by lawyers determined to make divorces easier for couples and less damaging for children, family, and everyone else involved. The logic stated is that divorces keep happening anyway, why not work around them?

France based lawyer Stefania Marcassa states, “in many countries, the cost of divorce is pretty high. Why do you have to waste money, if you can just decide to write it up before marriage?”

But would wedleases really work? While they may work on a legal scale – fewer fees, shorter court dates – here are three reasons why wedleases won’t help either individual or relational happiness.

The emotions of love are not free from “mess.”

The basic premise behind the benefit of wedleasing instead of marriage is that it would limit the amount of mess that comes with the end of a marriage. Unfortunately, while that may be true on a legal level, love is not on par with easy separations.
The loss of a close relationship, like a spouse can unleash a host of negative emotions. A study entitled “Factors Associated with Distress Following the Breakup of a Close Relationship” found that the ending of relationships with high investment (for example marriage) evokes the greatest distress, however, some degree of upset is associated with any relational breakup. It’s human nature to feel bad after the ending of friendships and romances. Expecting marriages to end with no emotional repercussions is simply not realistic for people.

That same study interviewed 257 individuals who had recently experienced a break up; only 12% stated that the decision to end the relationship had been mutual. Having a predetermined time to end the relationship is unlikely to change that. Unfortunately, being the partner choosing to terminate a relationship also tends to save you from intense levels of distress. With this in mind, it seems it would be beneficial to be less committed to the partnership to avoid being the one being broken up with when the marriage contract is up. This adds with it more issues because…

Commitment is one of the most fulfilling parts of a relationship.

Researchers have dedicated time and resources into studying the science of commitment, and overall the results have been consistent: commitment makes relationships better. A deeper level of commitment – the desire to keep working through difficult times in order to have a lasting relationship – is a good predictor of having fewer problems in marriage, increased levels of love, higher marital satisfaction, and lower divorce rates.A wedlease, however, is the opposite of that deep level of commitment. It suggests “if things get hard, couples can bail,” and therefore is more likely to lead to conflict, pain, unhappiness, and divorce. Or in this case, the completion of the lease with no renewal.

Ultimately, it seems a wedlease benefits no one but the lawyer drawing up the contracts.